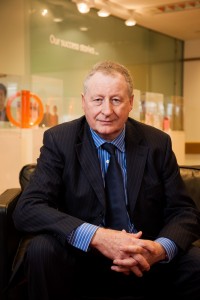 Much earlier this year I resigned from my role as the Official British Library ‘Entrepreneur in Residence’.

Dame Anita Roddick of Bodyshop fame was the first Entrepreneur in Residence at The British Library, although her appointment was, as I understand it, never announced as official due to her tragic and untimely death due to Cerebrovascular Haemorrhage.

Anita Roddick was an amazing entrepreneur so following in her footsteps was indeed an honour.

One of the original BBC TV Dragons Den Stars and serial entrepreneur Rachel Elnaugh also held the role for a short time before I was approached by Isabel Oswell head of business audiences at The British Library in 2011. In 2012 I was announced as what I understand to be the first ever official Entrepreneur in Residence at the Business & Intellectual Property Centre, a role I gladly accepted and since have done my best to bring the centre to a wider audience.

My resignation in April 2016 after five years or so also means that, to date at least, I have been the longest serving EIR in the history of The British Library.

on by a television prop company so photographs could be taken. As we all stood around waiting, a very drunk lady commandeered the kiosk and started jabbering to a phantom caller. As the Phonebox was standing on castors it floated off across the paving much to the amusement of the watching crowd. Thankfully it ended well & photos were taken as planned by an Australian photographer appointedby the British Library media team.

In early 2016, and after nearly five years in situ, I felt it was time for someone else to take over and progress a position I first became involved with during 2011.

As my family and friends know I had in fact decided early in 2015 that I would go but felt the time wasn’t right for the BIPC and its progression so I remained into early 2016.

However with extensive business commitments around the world and my desire to spend more time with my family I was unable to spend as much time in London as I would like and felt someone who was in the city more than I might be better suited to the role.

The British Library is a British institution so I personally felt whoever took over from me should understand the unique place the nations official library and indeed all libraries can play in the important development of small to medium sized businesses throughout the UK so I was very pleased when I heard from Isabel Oswell in August 2016 that Julie Deane OBE had been offered the role vacated by me earlier in the year.

I was able to personally introduce HRH Prince Philip to the existence of the Business & Intellectual Property Centre during a lunch in honour of HM The Queen in Bristol during 2012 and was honoured to show HRH around the Centre in November of the following year. This visit by HRH The Duke of Edinburgh further and importantly raised the profile of the centre.

Unfortunately due to my commitments elsewhere, the time I was able to devote to the BIPC network gradually became less and less, although I remember many mornings where I would wake at 3.30am so that I could get into London and meet entrepreneurs to offer advice & encouragement on behalf of the centre. This was often followed by very late evenings too! My own business interests at Fear Group often took a back seat, something that eventually my staff convinced me had to stop.

Entrepreneurship & innovation is critical to any country’s prosperity so any assistance offered by institutions to people who want to create businesses & hopefully employ people is to be applauded.

I had originally intended to remain an Ambassador of the BIPC at The British Library together with Tim Campbell MBE, Lord Bilimoria CBE, Leon Fear, Kanya King MBE, and Paul Lindley, founder of Ella’s Kitchen. But upon reflection feel that a complete break from my obligations at the centre would be better, due in part to many other commitments and my wish to spend more time with my family, so I have now resigned that position also.

Leon has also resigned as Ambassador due to his extensive workload and intention to spend time on a soon to be announced major international project.

The British Library in London is a special place & as someone from an impoverished and fragmented childhood who educated himself by using the nations public libraries as ‘self teaching centres’, even more special to me!

In my role as Patron for The Visionary Challenge set jointly by Beacon Centre for The Blind and a department of The University of Wolverhampton, and the many other entrepreneurial activities I’m involved with around the country and globally I continue to fully support British Entrepreneurs and inventors as I have always done.

Entrepreneurs are the lifeblood of any nation. Without them Britain and the world would be a poorer place.

I would like to thank all the staff at The British Library for the enthusiasm, kindness, respect & hospitality, shown to me when I have been at the BIPC over the years but very special thanks go to Clare Harris & Noelle Duval for their professionalism and the way they have always gone out of their way to make both Leon & I feel at home. They are both amazing assets to The British Library and indeed the nation.

Many thanks also to the many people who have taken the trouble to write to me personally following my original resignation. I was genuinely taken aback by how many of you wrote or rang!

I will be writing a book about my time as Entrepreneur in Residence and Ambassador at the BIPC British Library in due course.

In the meantime I look forward to being a judge at The Real Business Magazine, “Amazon Business Awards” celebrated at The Brewery, London during November 2016 and hope to see many of you there. Please book your tickets here www.gba.realbusiness.co.uk

In the Media, Stephen's Blog, The British Library